A thing or two on Bapu - Notes by Einstein on Gandhi 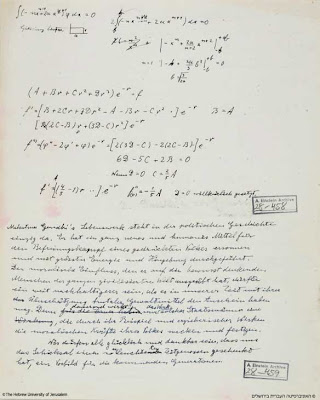 Mahatma Gandhi's life achievement stands unique in political history. He has invented a completely new and humane means for the liberation war of an oppressed country, and practised it with greatest energy and devotion. The moral influence he had on the conciously thinking human being of the entire civilized world will probably be much more lasting than it seems in our time with its overestimation of brutal violent forces. Because lasting will only be the work of such statesmen who wake up and strengthen the moral power of their people through their example and educational works.
We may all be happy and grateful that destiny gifted us with such an enlightened contemporary, a role model for the generations to come.

- Source: The Hebrew University of Jerusalem

Abhishek Singh Killed In An Accident in Ohio

By Shayon August 22, 2007
UPDATE (August 22, 2007) : Just found out that our worst thoughts have come true. Abhishek Singh, referred to the article below, is indeed the one we'd known as "Scientist" in our college. Just came across this article on Tribune India. There is also a photo published alongside.
Foreign student killed in accidentChrista Gould / For The Post / cg320004@ohiou.edu
Abhishek Singh, an Ohio University student from India working on his doctorate in physics and astronomy, was killed Saturday night after he apparently was hit in a two-vehicle accident and thrown into the Hocking River. He was 22. Singh was born in Faizabad in the state of Uttar Pradesh in India on July 7, 1984. His parents are Amarendra and Indu Singh. He had been studying at Ohio University since fall of 2006. Before coming to Ohio University, Singh studied at the National Institute of Technology in Jamsehdpur in the state of Jharkhand in India. He earned a degree in electrical engineering. “He was always very ent…
27 comments
Read more

I recorded this bit when Sam came to Bangalore... quality of the video is poor. enjoy.