Next B'Day gift for "Che"-tia 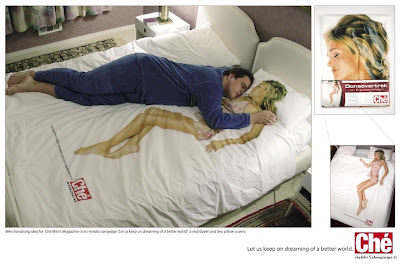 Mannubhai-The Madman said…
That's a bedsheet with a girl's frame on it or is it a sex doll lying on the bed .The latter would make Rathindra more happy :-D
April 2, 2010 at 8:28 AM

By shanoob January 14, 2013
Hi all, I recorded this bit when Sam came to Bangalore... quality of the video is poor. enjoy.
3 comments
Read more

Abhishek Singh Killed In An Accident in Ohio

By Shayon August 22, 2007
UPDATE (August 22, 2007) : Just found out that our worst thoughts have come true. Abhishek Singh, referred to the article below, is indeed the one we'd known as " Scientist " in our college. Just came across this article on Tribune India. There is also a photo published alongside. Foreign student killed in accident Christa Gould / For The Post / cg320004@ohiou.edu Abhishek Singh, an Ohio University student from India working on his doctorate in physics and astronomy, was killed Saturday night after he apparently was hit in a two-vehicle accident and thrown into the Hocking River. He was 22. Singh was born in Faizabad in the state of Uttar Pradesh in India on July 7, 1984. His parents are Amarendra and Indu Singh. He had been studying at Ohio University since fall of 2006. Before coming to Ohio University, Singh studied at the National Institute of Technology in Jamsehdpur in the state of Jharkhand in India. He earned a degree in electrical engineering. “He w
27 comments
Read more