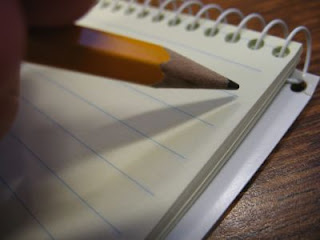 I guess in last few posts we are encountering a shift of content.Shayon coming up with a really kool piece of poetry and Sakshi too scribbled some wonderful lines.Her post was like sunshine emanating through small chasm the dark clouds of melancholy that has been hovering quite a while.
Thus came Karma..always eager to grab eyeballs ,to join the party.He started off thinking he could write lyrics whom his fellowmortal The Sexy Sam is bugging for quite some time.So in order to prove his mettel he started scribbling in between his work.Who knew writing a poem cud be so intricate as compared to writing COBOL codes!!! All he knew about poetry is that it shud end in rhyming words!Hence , he decided the old method...inspiration from some unknown source.He went through covers of Metallica whom he likes to imitate under showeres and thus came a really Murky lyrics which drove Sexy Sam in a state of frenzy.He refused to string tune in the lyrics as he considered his Acoustic cudnot do justice to this Murky lyrics.Hence,dejected by by the utter refusal Karma dug this piece under his neverending pile of Word DOcs and ended all hopes of composing a kickass Rock number.
Here is a snapshot of the thingy he wrote...I won't blame u for thinking this as a prose with lots of weird word and the lines cleverly formatted in a manner to appear as poem.

Strangely familier yet so bizzare
Melts in sunlight ,repels the fire
A serpent that creeps and slithers
When light fades out it grows longer

Don, a.k.a Firang, a.k.a, Phat man said…
@ Karma,
The lyrics could make a good rock song. If you don't mind send me the complete lyrics, I'll try some chords on it.
And Sam., try some chords your self! Electric or not (the true sound comes from an acoustic; the electric just enhances- i.e. does a touch up job). Remember that.
September 29, 2008 at 10:22 PM

Mannubhai-The Madman said…
@Karmaaa
Wow man!! This stuff is absolutely kick-ass.However the lyrics would suit more on a death metal song.It would really be superb there!!! I tried singing it in the death grunt style & it's coming superb!! You try it out yourself :-)